There are currently two playable Factions in Osiris: New Dawn, The United Nations of Earth and The Outlanders. 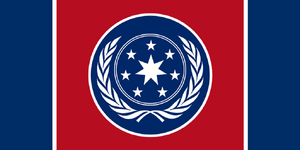 The United Nation of Earth is a globalized coalition of nations cooperating to make mankind a multiplanetary species.

Members of the UNE have access to all the latest technology and inherently work together to colonize the Solar System.

The Outlanders are a band of space pirates who treat space as an ungoverned, lawless territory.

Outlanders are great at surviving on their own or in small groups. They are extremely resourceful, especially with resource prospecting and domesticating indigenous alien species. Contrary to popular belief, its members will NOT start on Aziel.